This journey began almost nine years ago as I arrived at a little trailer in Northwestern Vermont.  It was a cool, November day and the past weeks early snow was just beginning to melt.  Along with a new pair of snow mobile boots and a pair of ski pants, I was unwrapped, my tags removed and placed in the hallway to await cooler days ahead.   My first days in this beautiful countryside bore witness to a snow storm, a trip to the nursing home and bringing home an old black lab who had just had her person leave her for the third time in all too short memory.  My first injury occurred that night when the cat tore a hole in my sleeve as the dog was welcomed into the house for the first time.


That winter I went ice fishing on Lake Champlain, walked the Missisquoi Rail Trail, and went snowmobiling over Jay Peak to points east.  On one such trip over the mountain, this time in the passenger seat, we went to a little town on the New Hampshire border where we met her husband for the first time on a mild February day.  That spring I kept her warm as we watched tons of accumulated winter ice break loose on the river; the noise nothing short of a racing freight train. 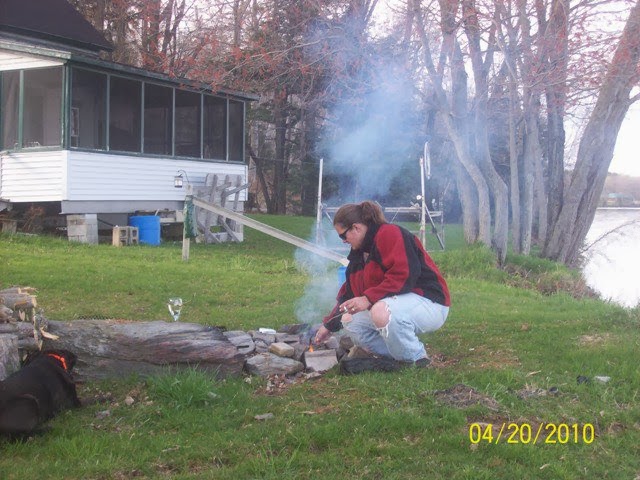 Later that spring, and periodically through the summer, I was witness to several Native American Pow Wows from New Hampshire to Maine.  We met some wonderful people as I helped keep a tent from collapsing onto the radio equipment in a downpour, was loaned to a woman in her 70’s to keep her warm while finishing a pot luck dinner, and kept a lost child protected from the cool fall evening while her parents were located.  I even got to go fishing and relax by the campfire with some good friends, many still with us, but some that have since crossed over.


As November arrived, I reflected back on my first year, I had participated in a pretty exciting series of events, what would be next?  At the end of the month, I helped them move into the family farmhouse racing against the impending rain as the couch and bed were moved across two towns on the roof of the old conversion van.  I carried many boxes inside that fall and helped shovel and plow the snow that winter.  I don’t get to see much of the summers except from my perch by the back window.  Every once in a while I will get to come out when the weather is dark, dreary and wet – that is when I am happiest to know that she is warm and dry and I am protecting her from Mother Nature’s worst.  But for most of the summer I long to play outdoors with the dog, plant Christmas trees on the side hill, go for a ride in the boat, and help in the garden, but alas summer is not my season.  I wait patiently for when I will be needed again as the cooler weather approaches. 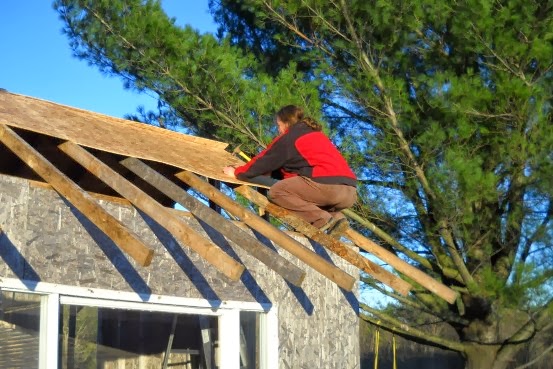 Since that first exciting year, I have been witness to so many wonderful and scary events in her life.  I have been first on scene of a snow machine accident and a motor vehicle roll-over in the town where she was an EMT.  I have carried firewood and boiled sap into maple syrup till the wee hours of the morning in the late winter months.  My pocket was full of nails, screws, door hinges and other various tools and parts as the first chicken coop was built in late December and the second, larger chicken coop in late February.  Other projects on the farm have taken their toll on me – running fence for the first livestock to be welcomed to the farm in over 40 years resulted in a few punctures.  I have been used to carry rocks, both while protection her from the weather and while used separately in the form of a basket.


I have watched a new relationship grow and was there on the two degree morning when a new life was brought home from the hospital for the first time.  I have been sledding with pre-teens and toddlers, played outside with dog and even helped her build snowmen when there were no children around to build them for.  Many a Memorial Day has been spent by the campfire with family and friends watching the next generation arrive here on the farm.  I have even kept baby bunnies warm as they were abandoned by their mom and waited to be housed with their foster mom. 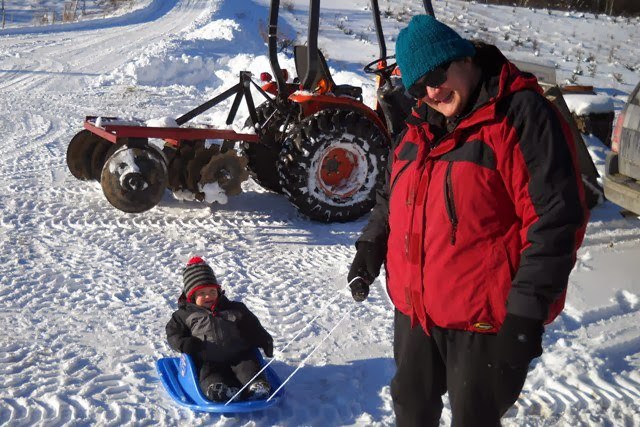 I have traveled the New England states but missed the opportunity to go to Florida as the weather was too warm.  In my travels I have helped people move, laid in the wet snow while mechanical repairs were completed to not only our car but others who we helped along the way, I kept a small child warm on the side of the Interstate while his father was loaded into an ambulance after a terrible accident and we waited for his grandfather to arrive.


I have seen much in my short time with her.  My red is much more faded and dull than when I arrived almost nine years ago.  I have been torn by tree limbs, burnt by errant campfire ashes, melted against the side of a boiling sap vessel and each time repaired by her capable hands.  Two of my zippers are broken and the Velcro on my front flaps and around my sleeves barely holds closed anymore.  Still I am present for morning chores and sledding with the Little man.  Soon I will be relegated to my place inside next to the back window.  I may not have too many more years left as I am getting thin and dull and my fabric is getting to the stage where it will not be able to be repaired any longer.  Until then, I hope that she will keep me around for a couple more years so that I can be witness to more of this amazing life here in Northwestern Vermont.


I think I have been a pretty good jacket!
Posted by Wandering Moose Farms at 1:28 PM No comments: